Meet Inspiring Speakers and Experts at our 1000+ Global Events inclusive of 300+ Conferences, 500+ Workshops and 200+ Symposiums Every year on Medical, Pharma, Engineering, Science, Technology and Business.

About 1.7 million cases of TBI (Traumatic Brain Injury, Neuroimmunological disorder) occur in the United States every year. Approximately 5.3 million people live with a disability caused by TBI in the United States alone. Deaths from head injuries account for 34 percent of all traumatic deaths. Beginning at age 30, the mortality risk after head injury begins to increase. Persons age 60 and older have the highest death rate after TBI, primarily because of falls, which have a rising incidence in this age group.
Neuroimmunology 2015 serves as an International forum to bring you closer to key professionals to support your mutual understanding of the field, accelerate your research in the field and to enable you to contribute to the ultimate care of patients in this very important way. Omics International offers a great platform in San Francisco (California) for researchers around the globe to share ideas and discuss key subjects in Neuroimmunology. San Francisco (California) is the home to various universities doing active research in the field of Neuroimmunology. San Francisco (California) also bears a total of 1,358 hospitals working on Neurology & Neurosurgery. Hence its considered to be one of the finest places for a conference on Neuroimmunology.For more details : http://www.conferenceseries.com/neuroimmunology-neuro-degeneration-neuro-inflammation-neuropathology.php

Neuroimmunology -2015 on behalf of its organizing Committee welcomes all the researchers, neurologists, scientists, industrialists, delegates and students to participate at this international event to discuss the intricate subjects related to the emerging field of Neuroimmunology. The International conference on Neuroimmunology & Therapeutics, which focusses on “Contemporary explorations in Neuroimmunology to treat human diseases” is scheduled to be held during July 20-22, 2015 in San Francisco, California, USA.

Note: Select option "Others" to make the discounted payments from above link

Ljudmila Stojanovich, University Hospital Bezanijska Kosa, Serbia
The scientific sessions of Neuroimmunology-2015 will focus on the current research areas includes neuroimmunological diseases, its wide therapeutic aspects including the role of stem cells, Biomarkers, immunoglobulin therapy along with psychiatric and sleep disorders which are most common outcomes of neuroimmunological imbalance. Neuroimmunology-2015 summons participants from paramount universities, research institutions and diagnostic companies to exhibit their research expertise on all aspects of this rapidly expanding field.

For more details on the relevant conferences, please click here

Neurodegenerative diseases occur when nervous system cells (neurons) in the brain and spinal cord begin to deteriorate. Changes in these cells cause them to function abnormally and eventually result in the cells' demise. As neurons deteriorate, an individual may first experience relatively mild symptoms — problems with coordination or remembering names. But as huge numbers of neurons die, symptoms progressively worsen. In some cases, patients lose the ability to walk independently, think clearly, or generally function in the world. Ultimately, many of these diseases are fatal. Neurodegenerative diseases are incurable and debilitating conditions that result in progressive degeneration and or death of nerve cells.

Neuroimmunology, the study of the interaction between our central nervous system (the brain and spinal cord) and our immune system, melds these two disciplines. Much of the recent research in this area has focused on the role of immune cells and immune mediators in the initiation and progression of specific neurological diseases, such as multiple sclerosis and Alzheimer's disease. The nervous and immune systems are in constant dialogue, but details of how these two essential systems are integrated and functionally cooperate at the molecular level are only now being revealed.

Neurological disorders are diseases of the brain, spine and the nerves that connect them. There are many recognized neurological disorders, some relatively common, but many rare, such as frontotemporal dementia. The specific causes of neurological problems vary, which include diseases caused by faulty genes, such as Huntington's disease and muscular dystrophy, Problems with the way the nervous system develops, such as spina bifida. Degenerative diseases, where nerve cells are damaged or die, such as Parkinson's disease and Alzheimer's disease. Diseases of the blood vessels that supply the brain, such as stroke. Injuries to the spinal cord and brain. Seizure disorders, such as epilepsy. Cancer, such as brain tumors and infections, such as meningitis.

The brain is a direct target for certain infections, and may also be indirectly affected by systemic bacterial, viral, or parasitic infections and their treatment. Certain pathogens, such as the human immunodeficiency virus (HIV), syphilis, West Nile Virus, Borrelia burgdorferi (resulting in Lyme disease), and other viral brain infections occur in otherwise healthy persons. Viral and immune mediated disorders of the nervous system are among the most challenging neurological disorders. The most common neuroimmune diseases/infections are Brain abscess encephalitis, Guillain-Barré syndrome, Meningitis, Reye syndrome and multiple sclerosis. Other infections, such as fungal infections or rarer parasites tend to most commonly affect people with reduced immune systems from cancer, chemotherapy, immunosuppressive therapy, or transplantation.

To Collaborate Scientific Professionals around the World 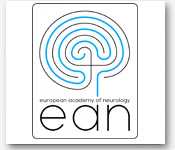 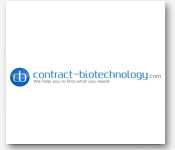 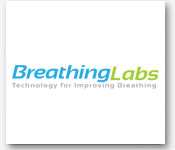 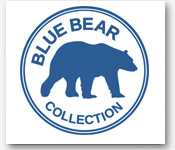 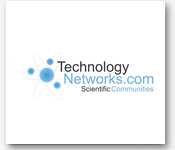 All accepted abstracts will be published in respective Our International Journals.

Abstracts will be provided with Digital Object Identifier by

It was a nice meeting last week and thanks for your great efforts to put everything together. All the speakers were great and also having lots of good discussions.

Thank you very much for the excellent job you did in organizing the conference. I enjoyed the Congress very much, including especially the broad international representation.